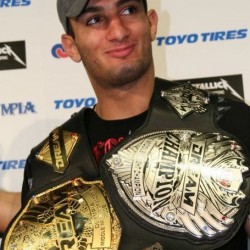 Book Reviews for the Semi-Literate 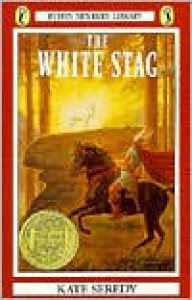 I love historical fiction as much as anyone, but not when the result is a tepid "fiction" that completely ignores everything "historical". While the author writes the disclaimer that the book "cannot bear the weight of facts and dates." in the introduction, that is no excuse for the laughable farce that it presents as historical fact.

For starters, Nimrod, a figure from the Bible of dubious historical merit, is depicted as being the grandfather of Attila the Hun. This is incredible, as Nimrod was supposed to be the great-grandson of Noah and purported to have built the Tower of Babel somewhere between 1,000-2,000 BC. Attila, on the other hand, was a very real historical figure who lived in 400 AD.

Apparently, Nimrod and his son ended up siring children at the age of 700 years or so!

Of course, the way that "The White Stag" depicts Attila the Hun is equally ridiculous. From historical records, he was a very ugly, cruel man who was quite old when he finally became ruler. He slaughtered his enemies by the thousands, including women and children.

In "The White Stag", he is a young, handsome, heroic lad. Methinks that rather than doing any research, Kate Seredy essentially just made Attila the Hun into another Alexander the Great. It would coincide with her overall laziness in writing this book.

In fact, I read "The White Stag" as a child before learning the history of the late Roman Empire, and recall being very confused by how different the real Attila was.

But aside from simply being a failure on the "history" front, the "fiction" is poor, too.

There is a lot of very flowery language, and a heavy element of myth incorporated in the story, with Nimrod, his sons Hunor and Magyar, and Attila all looking for a permanent home in Europe as symbolized by the titular white stag. There are many visions and prophecies.

Unfortunately, it's all very boring, since none of it represents any mystery or conflict. In fact, the books lacks "conflict" entirely. There are no enemies, and no real obstacles. The protagonists (and the reader!) simply wait around until the titular white stag finally appears! This is especially incredible considering the hundreds of battles Attila (nevermind Hunor, Magyar, and Nimrod) engaged in!

Instead, the book feels like a dull scavenger hunt. With no intrigue or sense of danger, the reader is led from one scene to another, weakly advancing its threadbare plot until the eventual, whimpering conclusion.

This is a garbage, lazy book; there is much better historical fiction out there, even aimed specifically at children.
Tweet